How to speak and behave in Japan

An essay on how to be successful in human relations 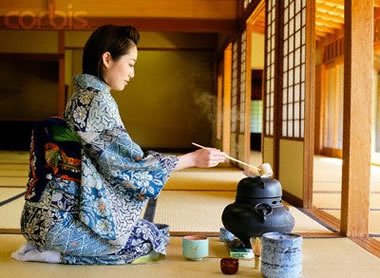 Before you speak to a person in Japanese you have to decide whether you want to build a worthwhile relationship with this person or you don't give a damn and just want to have a good time.

First impressions are important and how you act and talk when you first meet a Japanese will determine this.

The difference being: making a complete ass of yourself and possibly offending them, (although they will NEVER admit it, but will smile instead and tell you how good your Japanese is) and actually creating a good impression on the person.

This may only go so far as to be polite within the first minute and then dive into slang and casual talk. You have to see how the person responds to you and then you act accordingly.

If they are wacky and casual with you then by all means join them!

Of course not EVERY Japanese will hold it against you if you are wacky and rude in your speaking and behavior, for you are a foreigner, and foreigners don't know better. Some do, some don't.

With that said, there is the 'gaijin' (foreigner) pass, which every foreigner gets stamped on this passport when he enters Narita Airport. This pass lets you get away with murder, doing the most (in the Japanese's mind) rude and horrendous activity without a blink of an eye from the natives.

HOWEVER it is ONLY so good as the person you are talking with thinks you are completely un-educated in Japanese culture and language.

For tourists and travelers, they need not worry they can't go wrong.

But for those who are living in Japan or staying for years... the natives will expect you to follow their customs as you KNOW better by now.

And if you don't they will hold you in disdain, for you are knowingly being rude.

What is rude? The deviance of the customs. What customs?

To make this clearer, there is a set procedure to go through when you meet a person:

(nice to meet you, I'm jon, from here on please treat me well)

Its in every Japanese language book, and is beaten to death. EACH point is ESSENTIAL and cannot be left out, save for 'hajimemashite' which you could leave out.

If you can only remember ONE thing it is: "yoroshiku onegaishimasu" it is the crux of this meeting ritual.

Also for those who know some Japanese notice that 'desu' is used instead of 'da' (desu is the verb 'to be' and it has a casual form 'da' and the polite form 'desu'). It is important to use the polite form. Also notice 'watashi' is being used, not ore, boku, or atashi.

If you're going to be speaking Japanese, make sure you do so in the polite form and follow the rituals.

More rituals include saying: "ohayou gozaimasu" for good morning, and 'konnichiwa' as a standard greeting.

If the person is your friend then certainly say 'yo koncha!', but if you are meeting them for the first time, or you are still getting to know them, give them the courtesy of using the polite form.

Please for hells' sake don't swear and be perverse (unless of course you are with perverse people in which case go right ahead). This goes especially to those anime nerds (otaku) who get a kick out of learning Japanese swear words. Be warned that if you say such words in public people will shun you. Say them to a person you just met and they will not want to be your friend. Say them to a friend, and they may forever after have a lower image of you.

I have personally put a friend of mine to tears (a man, no less) by saying the Japanese word for vagina. Some of these words have a tremendous effect and should be avoided. And if said at all, said in the bedroom or with best friends.

Never ever make the mistake that thinking being polite is being cold and unfriendly. To the Japanese being polite IS being friendly and respectful too.

With all this talk about politeness and the horrible dangers and consequences that await to beset you on all sides should you deviate from the intricate ritual of Japanese social intercourse... there is something you must know, and that is for some people, all of which I said has absolutely NO weight and importance, and you could just be as loud, rude and perverse as you want and they will LOVE you.

Fear not, you'll be able to tell such people apart from the rest. They typically (but not always) speak good English and are more lively than other people.

Japanese people are rather sedated compared to Americans, yes it is true. Even compared to the 'rowdy' Japanese of Osaka (whom the whole of Japan boast as the loudest, rudest, rowdiest bunch of folk you ever saw...), they come off as meek at best.

If you want to find lively and energetic, animated Japanese then you'll have to look for people under 30. Those between their teens and early 20's are the most lively, but still not as much compared to those in the West.

But, be warned. They may actually be much more fun and energetic than they are leading you to believe. For in Japan when you meet someone you don't start off as 'best friends' like you do in the West.

You know, you shake the person's hand heartily, talk about the game or the movie you just saw, share some more reality, and bam you're best friends and can give each other bear hugs, etc etc.

In Japan it is much much more reserved.

This can be misleading sometimes, because you will meet a person and they will be very reserved and conservative, but meet them a few more times and my God, its a different person, all of a sudden she's making cracks at you and being a goofball. Who is this? Certainly not the person you met the other day who was so shy and polite. And now she's calling you a idiot because of your fashion. What happened? Not much, she just feels she can be herself around you now, that or she is drunk.

It is typical for the Japanese to start off conservative and 'social' but, not their real self exactly. They are being the 'social' self, which is conservative and polite. If you get to know them better, spend time together and become better friends then they will feel more comfortable with you and be able to be themselves. And you'll be pleased to see that people are a lot more friendly than you thought. As this can certainly be discouraging with so many people being so steril when you meet them initially.

So don't mistake this for coldness in the beginning, just give them time! AND give them back the same politeness and conservatism that they showed you! This is very important.

You never start off as best friends in Japan, you have to work up to it. Which is hard for Westerners to get used to sometimes. Stick to the polite form of ‘desu and masu’, and to the ‘yorohsiku onegaishimasu’ and you’ll be fine.