There is NOTHING that can't be bought from a vending machine in Japan
July 3, 2016, written by The Captain 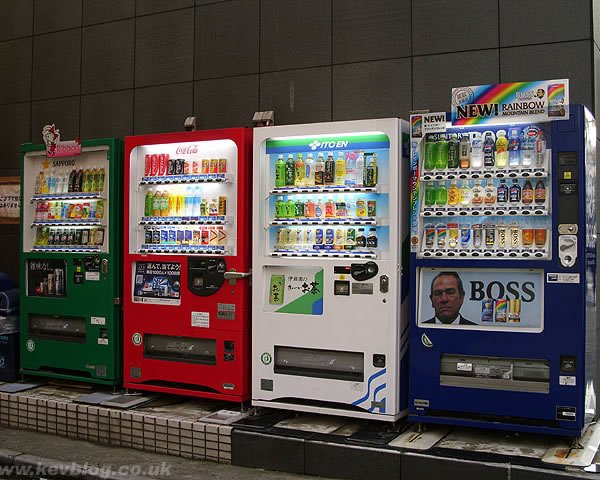 It is almost as if the Japanese make a past-time of thinking of different things they can sell in vending machines. Or large corporations have entire research and development teams working on ways to accelerate the technology so that previously impossible items could be sold.

Did we mention the fact that there is one beverage vending machine for every resident in Japan? Well, not quite but you get the idea.

The Japanese beverage vending machine is quite a marvel, and it is a shining example of Japanese ingenuity.

What is so ingenious you ask? Let me itemize:

Beer: Also a beverage but worthy of its own section

Let’s continue our stroll and discover something absolutely shocking!

You might say: Well, those Japanese certainly have their biometic age verification tech down!

Nay! There is no such tech!

There is no age verification, any human being can walk up, slip in 300 yen and score some amber nectar.

Yes, it is true! Think of the implications. There would be no fake-ID market! Kids would have no difficulty scoring beer. What are the social implications? Surely all the children in Japan are a bunch of wino drunks. But lo and behold… they are not.

Have no doubt, that if in the US there were such vending machines, they would have to be re-stocked every 12 hours due to the never ending line of giddy pre-prepubescents.

What else can I get in Japan at a vending machine?

Yes! You can support your habit with ease and convenience. Just pop in a few yen and grab your pack. But, you’re going to need a special ID card which you scan, proving you are at least 20 years old. One acquires said ID by applying for it, with the National Tobaco Vending Machine Association.

It is interesting to note that no system has been implemented for purchasing alcohol.

Why so many vending machines???

Oh, we can speculate!

This is only the beginning

We have barely scratched the surface of Japan’s vending machine universe. Stay tuned for future articles where you can learn about more things being solid. Including undergarments. Oh, Japan…

Basically, the closest thing you’ll get to a proper oven in Japan is souped up toaster oven....Read me!