These words will destroy lives and relationships
July 3, 2016, written by Cameron 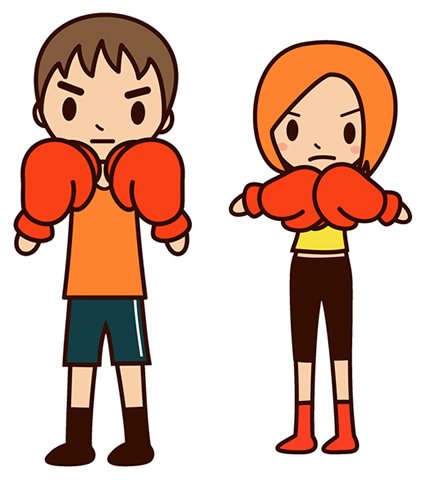 Warning! Use of the following words may cause acute or chronic: crying, screaming, anger and may lead to seizures or psychotic breakdowns.

In the Profanity Department Japan is certainly lacking, compared to English’s infinite cornucopia of curse words. But fear not! Japan has plenty to offer.

Let’s go over the worst of the worst.

We’re starting off in high gear. This by far the most dangerous word you could say in Japanese. People will run, they will cry, they will scream, they will call the police (maybe not), but they will be horrified. Even when just amongst men, dropping this word can make them queasy.

‘Manko’ doesn’t even come close to English’s ‘twat’ or ‘cunt’. Not at all.

I myself was with a young man in his twenties and we were talking about girls, and I dropped the ‘m’ word, and he started to whimper and said he’d never be able to think of me in the same way again! I had lost face! Yeesh!

While not nearly as bad as ‘manko’ (not by a long shot), this word will cause people great concern, and they will tell you not to say it. The ‘yari’ means ‘do’ and the ‘man’ means vagina (the same 'man' from 'manko'). In this sense it means ‘active vagina’. You get the idea.

Certainly not as potent as ‘manko’, the male anatomy is still taboo and should not be said in public. Interestingly, if you wanted to say ‘man-whore’ or ‘play-boy’ you would use the same format as ‘yariman’, which is: ‘yarichin’. ‘Yari’ means ‘do’, and the ‘chin’ means penis (active penis).
If you’re looking for a lighter alternative try: “pokochin”, it is the Japanese equivalent of ‘ding-a-ling’.

This is a pretty strong fighting word which you will say to someone directly as a single exclamation. It is the intensified version of ‘uzai’ which means ‘shut up’ (literally it means ‘loud/noisy’. And… ‘uzai’ is actually an intensified version of the simple: “urusai” which also means ‘shut up’ but it is softer than ‘uzai’ and MUCH softer than ‘uze’. You should still note however, that ‘urusai’ can still piss someone off.

Zakken na!
(don’t f*** around with me!)
A contracted version of: Fuzaken nai de kudasai (don’t joke around), ‘zakken na’ has more punch and intensity and is a classic word used by the Yakuza.

The personal pronoun ‘you’ has many many flavors in Japanese. Where in English we simply have ‘you’ and then we tack on insults to it, like: ‘you fucker’, ‘you asshole’, the Japanese just have different versions of ‘you’ each with their own additional meaning. ‘Ware’ and ‘onore’ are excellent examples of this.

These are both very intense words and only used if you want to fight someone. They can also be used when you are with friends and you are imitating an angry person, in which case everyone will laugh.

It is vital when you speak either of these words that you roll your tongue at the ending ‘re’, and let the ‘e’ ring out as well. ‘warrreeee’, etc etc.