Where do I get the Cash? 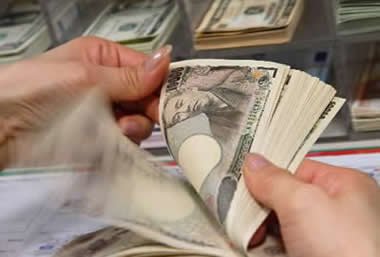 This text assumes that you already indeed have a source of income and are actively making money in Japan.

If you’re making money, then you’ll want a place to put it. It is assumed that you have a working visa already, since you’re making money. With a working visa getting a bank account is much easier. However those who are in Japan on a tourist visa can still get a bank account, they just need a Japanese citizen to go to the bank with them and co-sign the foreigner on to the account.

When you go to make your account you will need to bring your Alien Registration Card with you, as well as your passport.

Be warned, not all Japanese banks issue ‘visa’ debit cards which can be used anywhere like the ones which banks like Bank of America issue. If you open up a checking account in Japan you will be given a checking card which only works in Japan. That is unless you open an account with a very large bank which offers ‘visa’ debit cards.

There is a good chance either your bank won’t have online banking or have it only in Japanese. We’re going to assume that you’re not feeling lucky and want an alternative way to handle your finances. Should you be in this case then you will have to do your banking in person, where they will have English speaking staff to help you.

When you get your bill in the mail, and you live in Japan, the thing to do is to stroll on down to the local 7/11 or convenience store and give your bill to the clerk, and pay them cash. Yes, that’s how it works. You can pay for your: cell phone, utilities, tax, insurance, and even from online shopping. This saves money on postage and time. So next time you get your bill just hop on down to the convenience store.

You’ll notice in your first day in Japan that the country has terrible support for debit cards, be it foreign or domestic. Japan is indeed a cash-based country. Stores that support debit/credit cards will usually be large chain grocery stores, large department stores, expensive restaurants. Don’t expect any convenience stores to accept foreign credit/debit cards.

Where do I get the Cash?

If you have a Japanese bank account then you can use any old ATM at any old convenience store to withdraw your cash. However, if you want to take cash out of a foreign bank account (for instance Bank of America) then it is highly recommended that you make your way over to the post office and use one of their ATMs, as they have the best exchange rate, and always accept foreign visa cards.

Being a cashed based society, by the end of the day you will end up with a lot of change in your pockets. Japanese post offices will allow you to bring it in and exchange it for notes.

Credit cards are far less prevalent (as is debt in general) in Japan compared to the USA. In fact many Japanese people don’t even have credit cards, especially younger folk. Thanks to this lack of debt the Japanese have much more purchasing power as they always have lots of cash readily at hand.

As a foreigner you will have no problem getting a credit card in Japan as long as you can show proof of your employment.