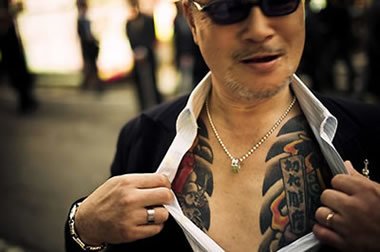 Before you let visions of rogue ninjas and yakuza gangsters paint you a perilous picture you should know that in fact Japan is one of the safest countries to live in, crime wise that is. While natural disasters are another story all together, Japan has one of the lowest murder rates in the world with the national murder rate in the USA is ten times higher than Japan’s. (USA with 4 out of 100,000 people, killed and Japan with .4 respectively)

Japan receives an average of 2.5 typhoons a year (That’s hurricanes for y’all Americans). These storms are seldom cataclysmic and typically cause heavy rains followed by some mud slides and moderate flooding. They are usually equivalent to the USA’s Tropical Storm or F1 Hurricane.

Obviously the main concern in Japan are earthquakes and tsunamis, in light of the 2011 Tohoku Earthquake and Tsunami travelers are hypersensitive to the issue. It should be known however that cataclysmic disasters of this nature typically occur every hundred years.

Be it from fervent gun and weapon control by the government or non-confrontational & honorable nature of the Japanese themselves there is a significant lack of crime throughout the country. Even in what are considered to be ‘crime hot spots’, such as (Downtown Osaka and Tokyo), compared to American cities these ‘hot spots’ of crime look like Mr. Roger’s Neighborhood.

Still however, common sense does apply, especially when it comes to a woman, walking alone, at night.

As for foreign men, there is practically no place they can go where they would feel threatened. Even walking at night alone in a dodgy part of town is completely safe.

It is doubtful a foreigner will ever see a member of the Yakuza let alone be able to recognize one (unless you’re at a bath house and you witness the full-bodied glory of their ink work).

They come in wide array of shape and sizes, from flashy pimps to grungy punks, or even businessmen. It is due to this that they are hard to spot on the street. However there is a stereotypical demeanor which the locals cling to: hands in pockets, hunched over, head looking at the ground, frowning, walking sloppily with legs open. Obviously the dead giveaway for any member of the Yakuza are sleeve tattoos or severed fingers

The only problem you’ll ever have with the Yakuza is if you gawk and stare at them or try to get in their grill. They do not speak English and do not actively seek out foreigners, so there is nothing to worry about.

The only threat you’ll possibly be able to find in Japan are intoxicated disgruntled bums after dark. Seems pretty harmless, right? Probably no big deal, right? Absolutely correct, not a problem at all.

However, if you asked the natives they would not be so flippant. Many of Japan’s riots were caused by disgruntled unemployed men. It is from this that the Japanese now have a hyper sensitivity to bums and slum locations and they will warn you that you will be accosted on all sides by angry bums should you dare to step foot into the slum district. Which is of course absolutely poppy cock.

Just because Japan is one of the safest countries in the world doesn’t mean its all sunflower fields and jelly bean sun showers! The cities of Japan do indeed have their dodgy spots, and it is in these dodgy spots you’ll be able to find some of the cities most colorful characters including the not so colorful Yakuza.

Dodgy spots will include fine establishments such as:

It is in the above listed locations you will find the fraction of criminal activity in Japan.

One admonishment women you should heed is the presence of perverts in Japan. Specifically on trains & subways. A study was done showing one in four Japanese girls have been groped on the train. The Japanese refer to this phenomena as ‘chikan’ (groping). Women are encouraged to yell out ‘chikan’, but seldom do as to them, creating a scene is far too embarrassing. Officials took the initiative a few years back, and created ‘women only’ train cars for the morning rush hour.

Women should also be aware that in certain parts of town (Tokyo’s Kabukicho, Osaka’s Dotonbori), there are hordes of night club scouts working the crowds trying to get girls in their club to entertain their clients in exchange for free drinks. Women should know that these clubs are indirectly run by the Yakuza and that things can turn bad, with prostitution, etc etc.

Be prepared to witness levels of racism that would never be tolerated in any Western nation, but is common practice in Japan. Don’t get too riled up though, the racism you will witness in Japan is never aggressive nor towards bodily harm, it is instead a more covert form.

For example it is not unheard of to have a person who is sitting next to you on the train get up and choose another seat because you are a foreigner. This continues with many of Japan’s night clubs not allowing foreigners to enter. Especially houses of ill repute, as in the mind of the Japanese “only foreigners have HIV”, therefore many said establishments do not service to non-Japanese.

It also presents itself in your social interactions with friends and associates, where there is a sizable percentage of Japanese that refuse to marry or even date a foreigner.

So fear not, you won’t be lynched, but you might be alienated.