Asking someone out on a date in Japanese

A simple, natural and solid way to ask someone out
July 3, 2016, written by Cameron 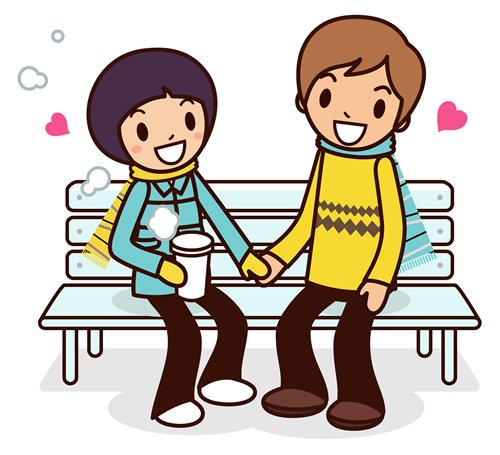 This article is actually intended for male and female foreigners looking to ask out Japanese men or women on a date.

Really? It Is not weird for women to make the first move?

In this situation, no. Japanese men are so shy, and would also be so intimidated by a foreign women that they may never make the move. Therefore, in this case it is totally acceptable for the woman to ask.

If you’re a chick or a dude and you’ve met a Japanese that you’re interested in and want to spend some time with them, you have a variety of options for asking them out, all with different levels of commitment/expectation.

If you just want to spend some time together with the person, and don’t want to set any expectations of sexual or physical activity (kissing, touching, etc), and you want to keep it platonic and get to know them, you should use these lines:

NOTE: the translations I put in English are NOT literal! They take the concept of the Japanese sentence and put it in a typical natural English sentence. Some things don’t translate well, so we have to use different words.

If you live in Japan:

“hey! Can I ask you something? Since I have a day off this Saturday and I’m free, you wanna go to Starbucks? Because its fun chatting with you."

If you are just visiting Japan:

“hey! Can I ask you something? I’m looking for Osaka’s best ramen. If its ok with you and you’re free could you take me to one?"

You can use this right after meeting someone, or after having met them a few times in other social situations.

Going in for the kill: asking on a proper date

Because the Japanese are so shy and reserved it is advised that you don’t directly ask one on a date until you’ve met them a few times in various social situations.

If you ask them on a date the first time you meet them, you will likely blow them off, because they think you’re being too aggressive, EVENTHOUGH they may say yes and give you their number, they are just being polite (because the Japanese cannot say ‘no’). Additionally, most Japanese think foreigners are sluts and playboys, so you typically will be labeled as such.

Therefore, start off with some hangouts and then ask for a date once you’ve spent a bit of time together.

“Hey, can I ask you something? Honestly, I’m a little bit interested in you, would you like to go on a date? Starbucks or something.”

You don’t start off with the question, you need to build up to it. You can’t just say: “de-tto kudasai”. That is unacceptable! You need to tell them that you're kind of into them, or that you think they're really cool, etc etc. Starbucks is a great place to just chill out patonically, or to have an actual date.

OBVIOUSLY there are many many many more ways to ask someone out in Japanese. The ones I wrote here are relatively smooth and low-pressure. There is no desperation.