The Secrets of Japan!

It is almost as if the Japanese make a past-time of thinking of different things they can sell in vending machines. ...Read me!

Basically, the closest thing you’ll get to a proper oven in Japan is souped up toaster oven. ...Read me!

Why drink your hot coffee, when you can slurp cold squiggly spoonful’s of it? ...Read me!

A Coke & a Pancake

Oh, my Japan. You are an un-ending fountain of fascination, from which spews perplexing paradoxes. ...Read me!

We should take this time to pause and come up with a word to convey the meaning of Japan taking a product from the West and modifying it to the liking of their own market. ...Read me!

Meat in Japan... Carnivores listen close and pay heed. Herbivores, not so much; go back to your grazing. ...Read me!

Put that garbage in your pocket, buster!

Those brave souls who’ve survived the 18-hour flight across the West Pond over to Nipon know very well about the garbage situation. ...Read me!

The time has come to discuss Japan’s Lolita Complex or as they like to call it: ‘lolikon’. (which is a portmanteau). ...Read me!

In previous writings on Japanese men and women, focus was given to negative attributes. The purpose of this writing is to showcase the positive of the Japanese as a whole. ...Read me!

If women weren’t hard enough to understand, women from Japan make the already incomprehensible even more so. How do they accomplish this? Well before we begin let us with the same admonishment used in our Japanese Men article. ...Read me!

As every person is different, any article as general as this clearly is rampant with stereotypes, so it should not be construed as how ‘all Japanese men are. ...Read me!

As incomprehensible and strange as it may seem, the Japanese language (spoken and written) is not so bad. Indeed a glimpse at the chicken scratch writing may tell you otherwise but that is only because you’ve never... ...Read me!

How to speak and behave in Japan

Before you speak to a person in Japanese you have to decide whether you want to build a worthwhile relationship with this person or you don't give a damn and just want to have a good time. ...Read me!

Some of them funny, some of them just plain odd, the country of Japan has a superfluity of social customs and etiquette. It is beyond the scope of this writing to expound on all of them, we will briefly touch on a select few. ...Read me!

It is no surprise with 1000 years of social development that Japan is rich in culture and traditional forms of entertainment. From knee-slapping manzai comedy to the intricate and elaborate kabuki theatre. ...Read me!

It is almost as if the Japanese make a past-time of thinking of different things they can sell in vending machines. ...Read me! 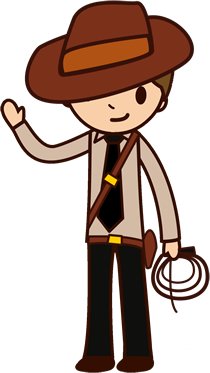 I'm going to show you the many secrets of Japanese culture!

The good, the bad, the awesome and the weird!