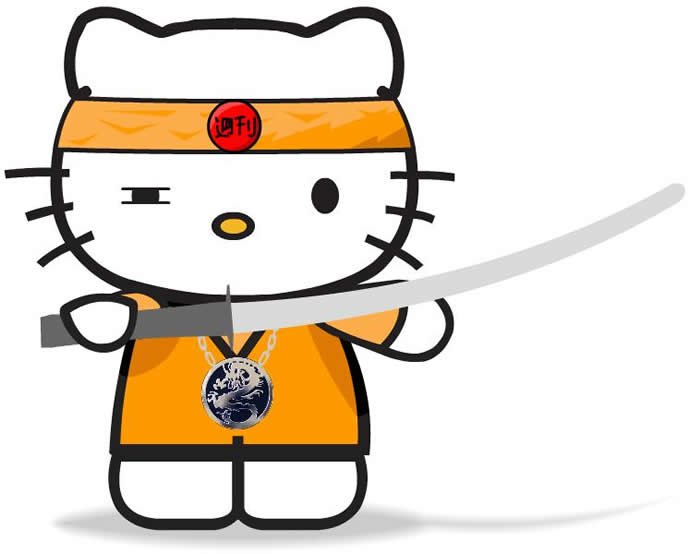 Get ready to make some laughs. When a foreigner uses old, pre-1900 Japanese it is utterly hilarious. You will get a laugh 99% the time.

HOWEVER! You have to ensure you have a decent Japanese accent and very good pronunciation! Otherwise they will be confused and won’t understand (since they are not expecting a foreigner to whip out such high-level words).

How does it work?

‘Samurai’ Japanese is basically the Japanese language from the Edo Period. (1603 and 1868). Speaking in this fashion would be the equivalent of speaking in “Old English”. Therefore, it is a great shock and surprise when a Japanese hears some Westerner talking like that.

Don’t overdo it. Less is more. Bust it out every once in a while, don’t constantly use it. Otherwise it gets old or appears ridiculous.

This is a very solemn and dignified ‘thank you’. Say it seriously, in a deep voice with a bow, when someone is really praising you or giving you much acknowledgement. Make sure the ‘ke’ is audible and you enunciate all syllables. No one will be expecting you to say this, so say it clearly and loudly.

This is what a noble or a lord would say to his minions or subservients. It means literally: ‘have no pain’. But it basically means: don’t worry about it. You should say it with a confident and deep voice. And be aware that when you use it, you are elevating yourself, and putting the other person down. Don’t worry though, they’ll love it.

When referring to another instead of saying ‘anata’ you can say ‘onushi’. You can use it as a stand-alone exclamation: “onushi!” or you can play with it like: “sasuga, onushi” (that’s just like you)

When referring to yourself instead of saying ‘boku’, ‘ore’, or ‘watashi’, just say ‘sessha’. It is a humble word, it doesn’t lift you up, in fact it lowers you, but it has a distinct ‘samurai’ appeal.

When you want to refer to a person but don’t want to state their name, or even refer to yourself without explicitly doing so, you can say ‘soregashi’.

When you want to show that you earnestly will do your best and that the task can be entrusted to you without doubt then you should give a good bow and muster up using a deep voice: ‘shoujin itashimasu’. Meaning: I will devote myself.

You can even sprinkle some more ‘Edo’ on it by taking the ‘masu’ ending of itashimasu and converting it into ‘itashimasuru’.

In fact, you can take any verb which has the ‘masu’ ending (hanashimasu, tabemasu, ikimasu, machimasu), and just make the ‘masu’ into ‘masuru’ and you’ve instantly ‘Edo-ized’ it. Go easy though! Less is more.